Discover Just How Far You Can Travel in a Celtic Rambler 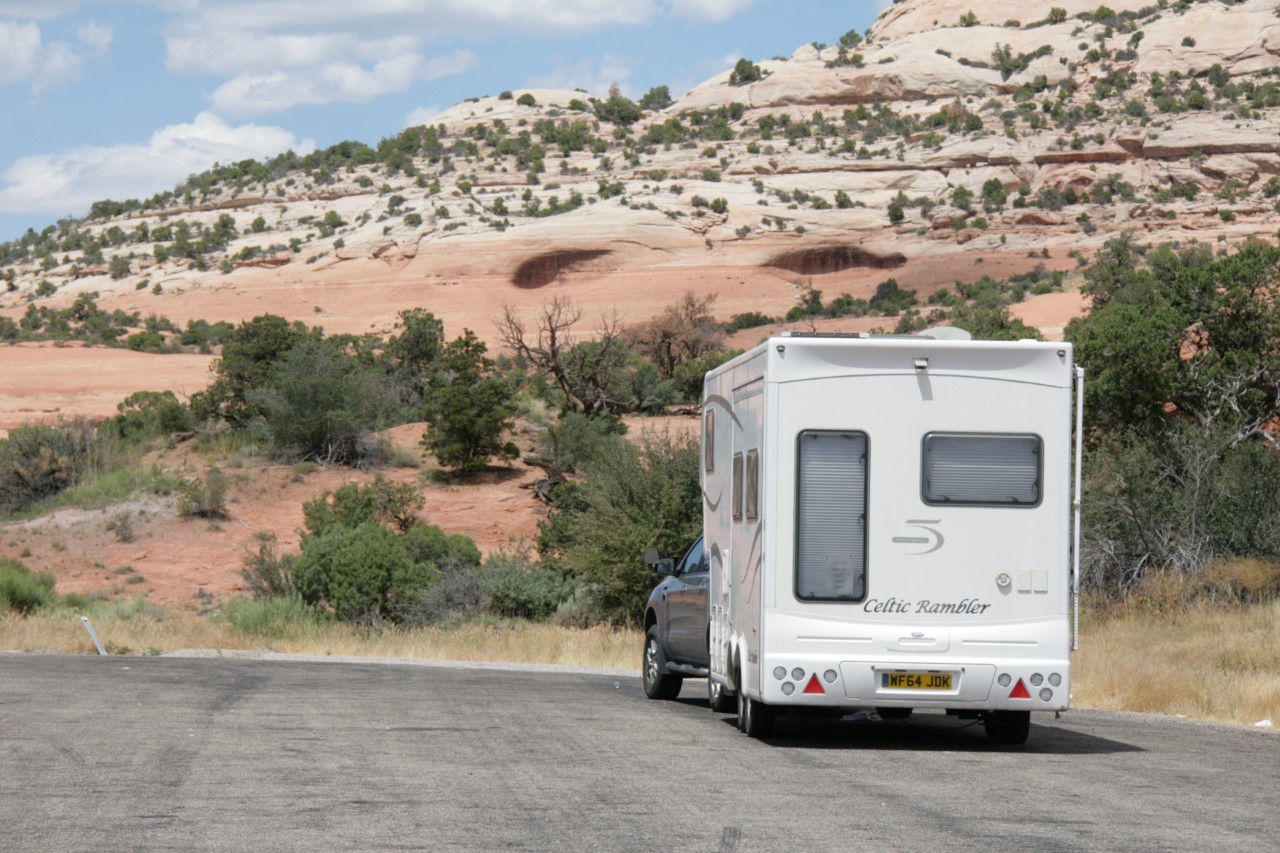 Can you imagine touring the USA in a luxurious Celtic Rambler – having total freedom of the open road with your home at the back?

Well, that’s exactly what our customer Kelvin Vaughan did.

Having bought the Celtic Rambler from Fifth Wheel in 2015, Kelvin headed across the pond with a map and a sense of adventure in a bid to tour the 50 states.

Of course, an epic road trip like this required planning and after applying for a ten-year visa (recommended) online via the US embassy and taking part in an interview in London to discuss how the trip would be funded, the visa application was accepted (albeit only stamped for six months!), and he was ready to go.

Many people would not even consider taking a tourer across the Atlantic – they would prefer to rent one when they were there – but the Celtic Rambler is the “ultimate” tourer and for Kelvin there was no decision to make. The Rambler was shipped with a company called Seabridge in Düsseldorf, Germany who specialise in shipping motorhomes around the world.

Kelvin made his way to the USA on the luxury Queen Mary cruise ship and described the arrival to New York as one of his favourite moments of the trip.

Once in America, the tour began and whilst some changes had to be made to the planned route due to the “6 month” visa, he still got to tour 49 out of the 50 states at their own pace. Sadly, he couldn’t visit the final state of Hawaii due to shipping costs … but he didn’t miss out and flew there instead!

On completing 40,000 miles in 6 months in the Celtic Rambler, we caught up with Kelvin to ask him a few questions … here’s what he said:

Before America, where have you taken your Celtic Rambler? To Denmark, Holland and Germany.

How did the Celtic Rambler hold up during the trip? There were no problems, apart from damage to the Sat Dome on a tree in Philadelphia!!

What reception did the Celtic Rambler get? I could have sold it numerous times, I had to pick people up off the floor when I told them I was getting 22 mpg with my Ford Ranger, they were used to single figures.

What would you do differently if you were to do the trip again? I would buy a transformer that converts US electric to UK, I had to get gas pigtails and water hoses made to suit the US spec.

How much do you think the whole trip cost? Around £40,000, included travelling there via the Queen Mary Cruise. Fuel & Campsites are half the price of UK.

What is your next big trip? At the moment, I’m not sure.

The Celtic Rambler is a luxury home from home combining contemporary design with a versatile choice of customisation. If you would like more details or you would like to arrange a viewing, please contact the team at Fifth Wheel today – you really can enjoy the great outdoors in comfort and style!

“THE LARGER OF THE TWO FIFTH WHEEL MODELS, THE CELTIC RAMBLER HAS PREVIOUSLY ACHIEVED AN OUTSTANDING OVERALL VERDICT OF ‘10 OUT OF 10’ IN A TEST DRIVE FEATURE BY THE CARAVAN CLUB MAGAZINE.